Taking the leap in Macau..with a bungy

I really dont know the origins of the adventurous streak in me. Its always been a misfit to my overall personality type..atleast in the perception of others and thus surprised quite a few.

Anyway I digress from the topic of the post. From those early days of adventurous proclivity I have always been biased towards heights. And so to no surprise, bungy jumping has long held my fascination.

Over years of travelling I have had a chance to indulge in a fair amount of adeventures but surprisingly bungy jumping in its proper, or shall I say pure, form has always eluded me (I took a shot at canyon jumping which is a close relation). Thus it was the primary objective of this Hong Kong-Macau “stopover” to tick this of the top of my bucket list. I can go as far as to say I planned the brief sojourn just to try the tallest bungy jump in the world.

So there I was, after half a day of admiring Hong Kong’s skylines in the night and a day of taking in Macau’s heritage, at 61st floor of Macau Tower ready to fulfill a fantasy. Having taken a couple of similar leap before I was more prepared and relatively relaxed. But there was that nervous thrill and hint of doubt as I got kitted up for the jump. It was a knee-weakening moment as I stood at the edge taking in the magnificent view but also confronting the sheer height from which I was about to plummet downwards.

After a momentary hesitation as I took the plunge it constituted a terrifying couple of seconds followed by a rush of adrenaline that keeps you buzzed and bouncing for hours after. I did not realize the jerk at the end of 10 secs of freefall or the up and down bounce as the bungy cord releases the strain.

Thus having conquered the tallest bungy I left Macau with some digitised memories pondering a possible return tempted by the AJ Hackett offer of discounted 2nd and 3rd jumps and a completely free 4th jump!! 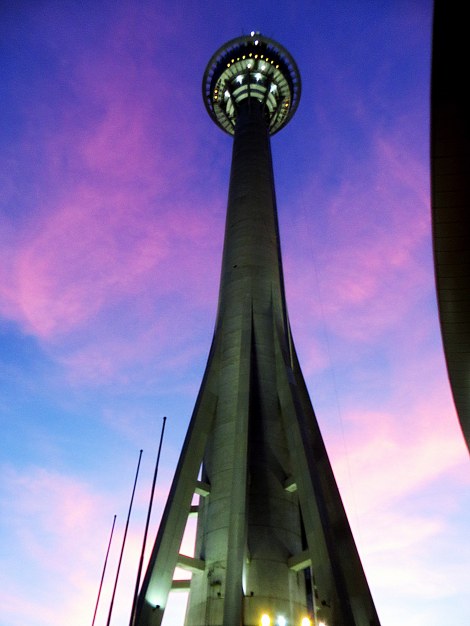